By the end of March 2020, over 100 countries worldwide had instituted either a full or partial lock-down, affecting billions of people. Stuck at home with your spouse and families for the next unforeseeable future, you probably had one of two thoughts: 1) "I'm so in love and can't imagine spending this scary time with … END_OF_DOCUMENT_TOKEN_TO_BE_REPLACED

Our country, and the world, is in the midst of dealing with the Corona virus outbreak.  Starting in China, it has spread around the world tremendously quickly and the actual number of sick people is not really known as figures of mortality are based on the number of people actually tested and confirmed to have … END_OF_DOCUMENT_TOKEN_TO_BE_REPLACED

In the wake of COVID-19, the state on 21st March passed the Public Health (Prohibition of Entry Into Uganda) Order, 2020 suspending the entry of anyone into Uganda from all ports of entry; the said Order is borne out of S. 36 of the Public Health Act Cap 281 which mandates the minister to regulate, … END_OF_DOCUMENT_TOKEN_TO_BE_REPLACED

Preparation is always key. Negotiation begins before you come to the table. So, you want to give it a lot of thought if it is important. The more important it is the more time you want to spend in getting all you dax in the row before you sit down at the table and you should have a good idea of your own interests and the things you absolutely need and the those that are not as important. I think that for the client it’s in their best interest to ensure that someone either themselves or their attorney is doing essential preparation. It’s a division of functions—attorney looking into legal issues and getting information while the client is trying to make sure that its big picture is right—knowing what their priorities are, are their interests being served. 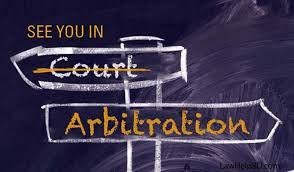 The Alternative Dispute Resolution (widely known as ADR) is a move to address and appreciate global commercial developments by introducing dispute resolution mechanisms that are not only efficient and accessible but also faster and cheaper. Arbitration is used both in the first instance when it arises from contractual clauses and in the second instance, when … END_OF_DOCUMENT_TOKEN_TO_BE_REPLACED

Mediation as a dispute resolution mechanism is not a new concept in traditional Ugandan and African society. It has been a customary mechanism where our elders mediated disputes using procedures acceptable to the local community and parties were encouraged to present their cases in a very simplistic manner, until the introduction of the modern adversarial … END_OF_DOCUMENT_TOKEN_TO_BE_REPLACED

Thanks for joining me! Good company in a journey makes the way seem shorter. — Izaak Walton Ever wondered why we trust everything "scientifically proven" without ever questioning where or how science comes up with those proofs? Or why everyone wants an honest people and yet an honest opinion will be likely considered rude, so … END_OF_DOCUMENT_TOKEN_TO_BE_REPLACED